George Floyd Death: No Crown Without Cross…Part Two…What Can Black Police Officers Do

CNN posted an article of a black police officer publicly reprimanding her white colleague who shoved a demonstrator.

It was a triumph of decency over barbarity.

That moment could be a defining moment in the fight against Police brutality.

She broke the norm.

The norm has been white Police officers brutalising blacks while their black colleagues look the other way.

In my line of work, I often experience similar situation when I am forced to look the other way in the face of injustice.

So, I do understand the predicament black Police Officers face.

However, my understanding does not make their actions right.

Until we are placed in similar situation, we cannot say for certain how we would have responded.

When faced with life and death decisions, we sometime choose the path of least resistance.

I say this to say, I am not sat here on my high horse judging black Police officers who are forced to turn a blind eye to the actions of their white colleagues.

BUT In every situation we are faced with in life, we have a choice.

Even when it seems our ability to choose has been taken from us, we always have a choice.

Between stimulus and response, there is a space and in that space we have a choice to choose our response.

There were lots of Jews who refused to join the Kapo because it was not good for their souls even though their decisions meant certain death.

Like the rest of us, I know black Police Officers have mortgage to pay.

I know they have family to feed. 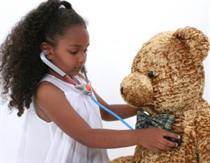 So, sacrificing their own wellbeing for racial justice might be too much of a price to pay.

I am not asking them to be martyrs.

All I am saying is they search their conscience.

If it sits well with them to turn a blind eye while their white colleagues step on the neck of their brothers and sisters it’s OK.

My message to them is this, many of the Jewish Kapos ended up in the gas chambers themselves in spite of their efforts to save their lives.

The wild pet that tastes blood ends up turning on its master.

Black Police Officers who turn blind eye to the brutality of their black brothers and sisters will end up experiencing it themselves.

Or their families would.

What Can Black Police Officers Do?

Taking a knee is a step in the right direction but it’s not a solution.

For a start, they could admonish their white colleagues making it clear to them they will not turn a blind eye to any form of abuse and Police brutality.

Whether it is directed toward blacks or poor whites.

Second, they should speak out in their internal meetings. Ensuring they highlight inappropriate behaviour of their colleagues.

Third, they should whistle blow on their colleagues.

When they spot their colleagues engaging in inappropriate behaviour, they need to leak the info out to the press.

Finally, they need to be prepared to testify in court against their colleagues. Such actions might be viewed as the ultimate betrayal.

But the questions they need to ask themselves is, is it OK to betray their brothers and sisters and protect their colleagues?

There can be no stronger message than a Police Officer helping to convict one of their own.

I know I am asking a lot from my black brothers and sisters in the Police force.

I know I am asking them to sacrifice their careers.

But it’s for the greater good of all of us as a community.

I am placing these articles on my business website.

I can tell you with one hundred percent certainty I am going to lose business because of these articles.

But it’s a price I am willing to pay to help the black community.

There is Salvation at the other end of difficult decision

If Judas had not betrayed Jesus, there would be no salvation for humanity today.

So, was Judas bad to betray Jesus?

I don’t know, ask the Pope.

That’s left with everyone to reach their own conclusion.

All I am asking my black brothers and sisters in the Police to do is search your conscience.

If what happened to George Floyd sits well with you, continue on the path you are on.

The next part of this article series will speak to successful blacks.